Wrap up on the Maritime Presentation

The meeting on August 27, 2016, Alan Kemp, maritime historian gave an indepth talk on "Dangerous Exploration to Alta California in the 1700's". His presentation focuses on the maritime experience of Spanish sailors during the Spanish Colonial period and how the Spanish ships changed the course of history by providing a lifeline to Spanish explorers and mission settlements in California. 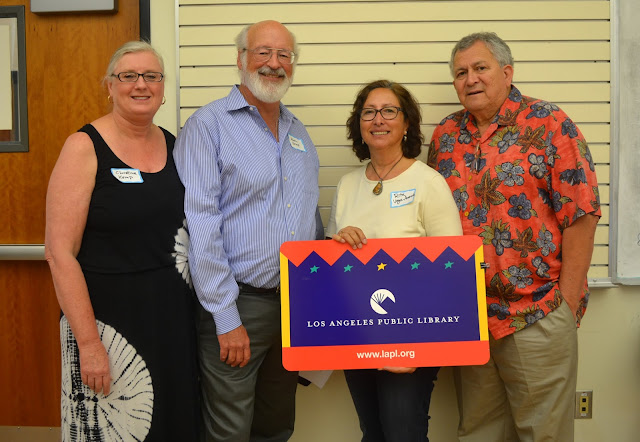 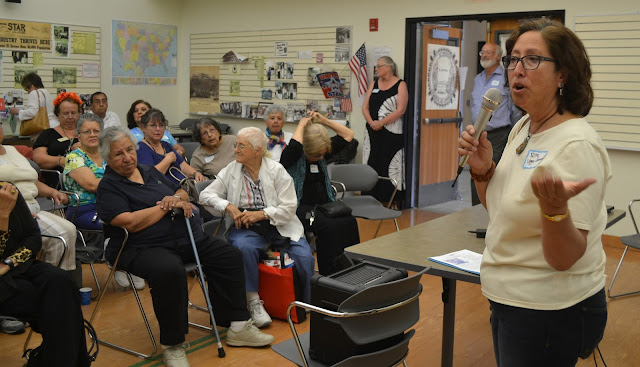 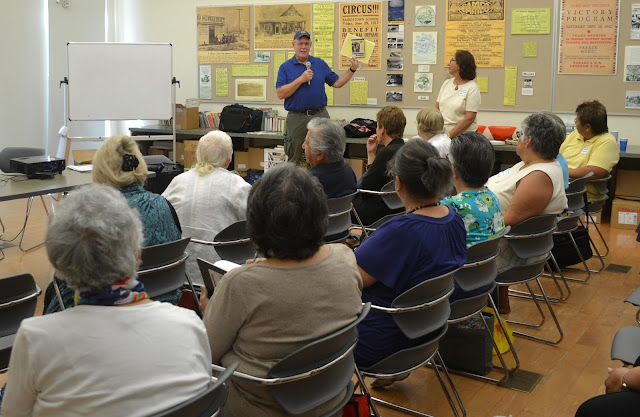 A bout fifty people attended our special event at the El Sereno Public Library in Los Angeles.
Alan Kemp’s presentation included diagrams of Spanish ships; famous drawings by foreign artists from the de la Perouse ship expedition. The drawings were of encounters with Franciscans and Native tribes at the Mission San Carlos (now Mission Carmel). These visual records continue to enthrall and intrigue us. In them we see a primitive mission, a tile factory, and converts lined up to welcome visitors.

We learned why sea travel was dangerous. Ships faltered, ships disappeared, and sailors died of scurvy, including sixty on the San Carlos ship, one of three ships from the famous 1769 expedition which landed at San Diego. Father Junipero Serra and renowned military men Gaspar Portola and Fernando de Rivera were entering Alta California for the first time and making history.

Hurricanes in New Spain were a big problem and headache for the Spanish government. Kemp said that it took the Spanish government and sea commanders time to understand the weather cycles and ocean current patterns from New Spain to the Alta California coast. Delays in repairing, building, and supplying ships often meant more risk to the crews who often encountered fierce storms or hurricanes on the high seas. Within time, this problem was resolved by more disciplined planning. Additionally, commanders did not follow a straight linear sea path up the Alta California coast which seemed logical and quicker. “It was not,” said Kemp. Commanders realized that they made better time by avoiding the strong southward currents. Instead, they traveled west in a half circle pattern and then veered east closer to their destination.

Life for sailors was difficult, pay was low, food was substandard and sailors’ rations included rum. Sailors slept on hanging hammocks, worked four hour shifts and then slept four hours. Hammocks were shared by crew members getting off duty. Franciscans and Chaplains had slightly better quarters and could follow their own work and sleep schedules. Pages received the lowest pay, commanders, the highest.
There was little room on board ship for supplies, perhaps the equivalent of two semi-trucks parking at a Ralph’s market. There were no piers to unload supplies. Sometimes it took up to 58 small boat trips to unload supplies. For this reason, the Spanish government later approved an overland expedition in 1775 led by Juan Bautista de Anza. Kemp noted that ship travel remained a safer, but more expensive choice, since Sonora was not a safe place to travel by land due to Indian insurrections. These tribes included the Pimas, Seris, Apaches and others. Constant raids were the reason why many towns in Northern Mexico became depopulated in the 18th century.

Kemp discussed the cordial relations that existed initially with the Chumash in the Santa Barbara Channel who had some things in common with the Spanish sailors. Both had the opportunity to trade and inspect each other’s sailing vessels. In some respects, the Spanish realized that the Chumash were a force to contend with, especially when it came to building canoes and being successful as fisherman and At San Blas, the maritime port near Tepic, Mexico, navy crews provided a lifeline to the missionaries, the military and the Spanish settlers of Alta California. The ships also took on passengers on the return route. Passengers included missionaries who were retiring or became too ill to continue working on the frontier. Father Serra and others sent mail to their religious orders or leaders in Mexico City. San Blas eventually was forced to close around 1810 when New Spain sought independence from Spain. The closure of the San Blas naval base meant that the missionaries, military and settlers were on their own. Help was not coming. This became their next challenge. After Mexican independence, Kemp noted that trade restrictions were lifted and commerce from the United States and other countries began to flood into California. For some settlers, they adapted and tried to retain their culture. For others, such as the missionaries and native tribes, life became difficult.