I gave my DNA away. Can I get it back?


I gave my DNA away. Can I get it back?
Why are people selling the very core of their identity to private firms?


I recently spat in a pot and sent my saliva off in an envelope for analysis.

A growing number of people are willingly handing over their DNA to corporations in return for learning about their ancestry or to get health reports.

Why are we prepared to make this trade with our most intimate of data and what are we getting in return?

And what happens if you want your data back?

Interest in off-the-shelf DNA tests has exploded in recent years.


It is estimated that by the start of 2019, 26 million people had added their DNA to four leading databases, operated by Ancestry, 23andMe, MyHeritage and Gene by Gene.

In 2016, 23andme began selling access to anonymised data to more than 13 drug firms. Genentech reportedly paid $10m (£8.3m) to look at the genes of people with Parkinson's disease, while GlaxoSmithKline has reportedly paid $300m for access to the database.

The firm told the BBC that 80% of its customers choose to opt in to the research programme, and can opt out again at any time they choose.

But Tim Caulfield, research director at the health law institute at the University of Alberta, is not sure that people realise what they are signing up for when they answer the lengthy questionnaires about their health and heritage.

"People need to look carefully at privacy statements because often these firms are partnering with the pharmaceutical industry and people should be aware that is happening," he told the BBC.

And while most of the firms - including 23andMe - operate on the basis that users can withdraw consent to use their genetic information at any time, it can be more complicated than that.

"Once it has been aggregated and data is out there, it becomes difficult to get it back. And what happens if the firm goes bankrupt, what happens to all the DNA then?"

Bankruptcy is not the only thing that can go wrong.

Vice journalist Samantha Cole was concerned in May that the FBI may have confiscated her vaginal cultures when the DNA firm uBiome, which she had sent her sample to, was raided as part of an investigation into how the firm was billing for insurance.

And it is not the first time police have used the vast DNA databases which firms such as 23andme are amassing.

In April last year, it was revealed that US police uploaded DNA they suspected of belonging to a man thought to have committed multiple rapes, murders and burglaries across California, to GEDMatch, a free online database where anyone can share their genetic code in order to search for relatives who have also submitted theirs.

From this, police were able to create a complex family tree with the details of around 1,000 people, which led eventually to the third and fourth cousins of Joseph James DeAngelo, who was arrested and charged with the crimes.

None of those whose data was compiled had given prior consent for their data to be used in a murder enquiry.

Dr Emiliano Cristofaro, head of the information security research group at University College London (UCL), said: "These firms like 23andMe and Ancestry DNA do the bare minimum to be GDPR-compliant (General Data Protection Regulation) but they don't always have the users' best interests at heart," he said.

"When we donate traditional data to companies it is our choice, but with genetic data your decision affects your close relatives as well. And we don't yet really know what this data contains. Every month we learn something new about genomic data and it might not be sensitive at the moment, but it might be in future."

Joyce Harper, a professor at UCL Institute for Women's Health, has used two of these databases to trace her family tree. But she questioned whether inputting information into a DNA database to "unlock relatives" was GDPR-compliant.

"Those that put their DNA in the bank have agreed to be in the database. They then build up their family tree with information about relatives who have not consented." she said.

She is also worried about data breaches, although she is not sure what damage hackers would do with DNA information.

Genome sequencing of the general population would improve the diagnosis and treatment of a whole range of diseases, but it also raises questions.

"Part of me is thinking 'just go with the flow' but we need to think about what it means to give away this data. Is your DNA then government property? I am not sure how much of an issue this could be."

Prof Harper recently visited just such a facility in China, and came away "with more questions than answers".

Mark Thomas, professor of evolutionary genetics at UCL, thinks there is some science behind the tests but the genetic information they share is often just too general to be of real value.

"What they mean by ancestry is that they have identified where some of your ancestors come from. If an Italian does the test, they will find that their ancestry is broadly Mediterranean and if someone from Africa does it, it will be broadly African.

"It can be useful if you want to join up with lost relatives, and if you are not going to take it too seriously and if sharing genetic data doesn't bother you."

Are the tests worth the data trade-off?
Tim Caulfield thinks the health information he was given was not particularly helpful.

"In the test I did, I was found to be at increased risk of colon cancer and my personalised health advice was to not smoke, exercise more and drink in moderation. I didn't need a genetic test to tell me that.

"These tests promise that this information will be empowering and will allow you to make adjustments to your life, but there is no evidence to back up the claim that people change their behaviour based on risk factor." 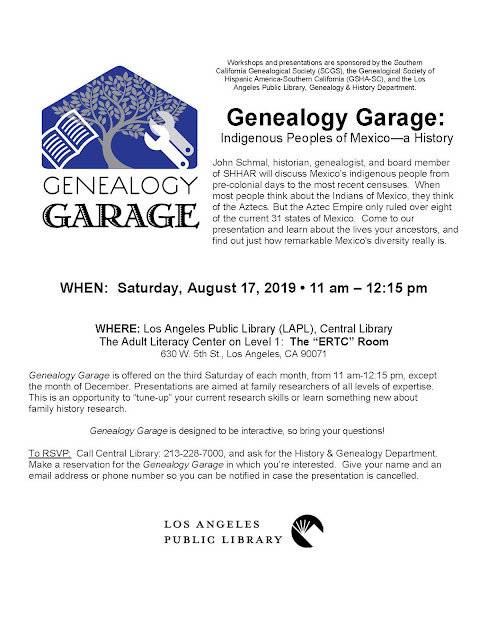 An “epidemic” of counterfeit products being sold online is duping millions, according to the Better Business Bureau.

One woman thought she was buying a real AncestryDNA kit online, a gift for her parents and her 100-year-old grandmother in Puerto Rico. She found the DNA-testing kits on a website called ZoooDeals.com. After she paid $200 on her debit card, her relatives actually received authentic-looking kits. They followed instructions, filling vials with saliva and mailing them. But when she called the company to check on results, Ancestry told her the vial numbers were already used to test someone else’s DNA.


You can read more in an article by Nina Pineda and Steve J. Livingstone in the WABC web site at: https://7ny.tv/2xi7Z2s.

Obviously, this rip-off was not caused by AncestryDNA. In fact, AncestryDNA is also a victim of this scam.

If you wish to purchase a DNA kit, I suggest you purchase the kit(s) directly from one or more of the companies that are performing the testing services, not from a “deals” web site you never heard of before.

The valid genealogy DNA testing web sites include: AncestryDNA, MyHeritage DNA, FamilyTreeDNA, 23andMe, LivingDNA, and FindMyPast DNA. All of these are reputable DNA testing companies that have been in the genealogy business for some number of years and have earned excellent reputations. You can trust their web sites to be fully legitimate.

Yes, there are other genealogy DNA testing companies but the above is a list of the more popular ones.
at 11:05 AM

DNA testing can share all your family secrets. Are you ready for that?

DNA testing is all about unlocking secrets. But sometimes surrendering your saliva may also mean surrendering a bit of privacy – yours or someone else's.

“I think people need to be prepared and warned that they might find out something that could make them very uncomfortable," said Jeff Hettinger, one of the growing number of people who submitted a sample and discovered a sibling he never knew existed. His dad had never told him.

DNA testing from the likes of leading services 23andMe and Ancestry, among others, has always boiled down to risk and reward, a fascination and curiosity about one’s roots and/or predispositions to disease, balanced against trepidations around privacy, security, and, for sure, the possibility of an awkward or identity-altering discovery.

Yet rising concerns of data breaches or an overreach by law enforcement have made some people reticent about voluntarily spitting into a tube or taking a swab of the cheek, even as this popular pastime continues to grow.

But experts counsel DNA newbies to consider what for some could turn into an unpleasant flip side.

“Are there secrets in the family?” asks Whitney Ducaine, director of cancer genetics services at InformedDNA in St. Petersburg, Florida, who knows of cases where individuals found out they had no biological connection to people they had believed were blood relatives.

James Hazel, research fellow at Vanderbilt University Medical Center, raises another issue that may cut both ways: “The ability of people to readily identify anonymous sperm donors who wished to remain anonymous when they provided that sample.” 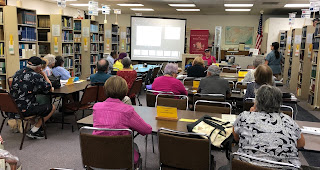 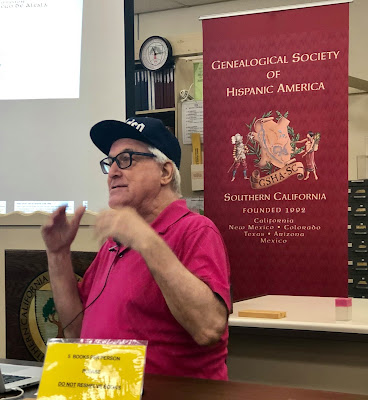 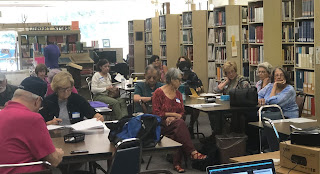 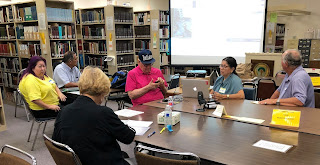 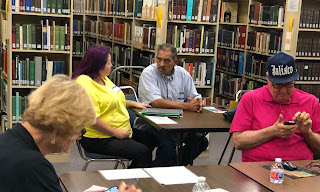 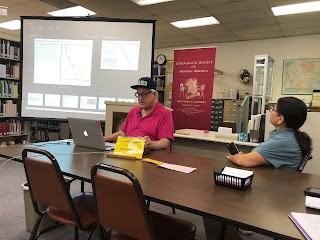 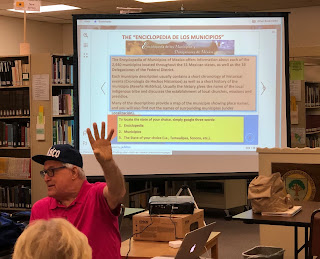 
Please join us at our a general meeting at 10 am to 3 pm on August 3, 2019 where we will hear the presentation on "The Spanish Settlement of Southern California (1769-1790)." This presentation explores the original settlement of Southern California by the Spaniards. Starting with the early settlement of San Diego (1769) and San Gabriel (1771), the speaker outlines the various Spanish activities in the Southland, including the Expedition of 1781 and the founding of Los Angeles and Santa Barbara from 1781-1786. The lecture also includes a discussion of several of the original indigenous inhabitants who lived near the Spanish missions. The presentation will conclude with data from the 1790 census for California.

The speaker,  John P. Schmal, has specialized in Mexican genealogy since 1990 and is the
co-author of “Mexican-American Genealogical Research: Following the Paper Trail to Mexico.” He has done extensive research in the states of Aguascalientes, Jalisco, Zacatecas, Chihuahua, plus considerable research in at least 15 other Mexican states. John Schmal is an honorary member of GSHA-SC, a board member of the Society of Hispanic Historical and Ancestral Research (SHHAR) and is a regular contributor of articles to latinola.com and Nuestras Raices, the official journal of the Genealogical Society of Hispanic America. John is a graduate of Loyola-Marymount University, a historian, and lecturer. 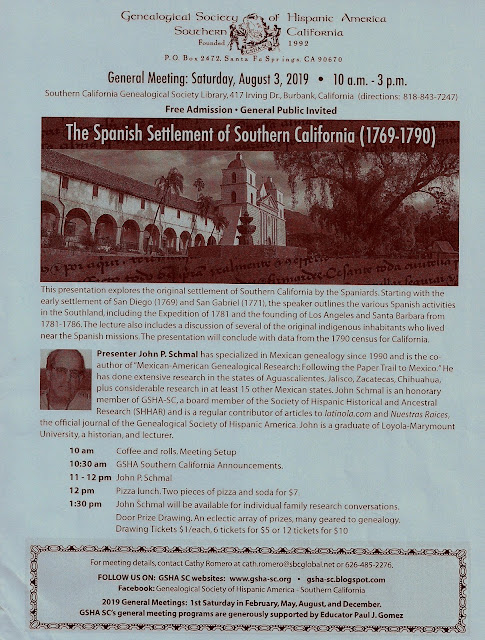